Redefinition of a power amplifier with the flagship model

This is the total number of new components employed in the New M1 “X” Edition. 1,018 out of 1,554 components in the “X” Edition, (specifically 90% of the electrical circuitry) have been completely redesigned from the original model.

As the music starts to play, the presence of the audio component disappears into the background and the excitement of the listening experience is revealed; a place where the music is unleashed in all its dynamism and majestic scale. By introducing an inordinate number of new materials, particularly the completely redesigned drive stage and power supply section, the M1X’s New signature sound provides music with an extra dimension. 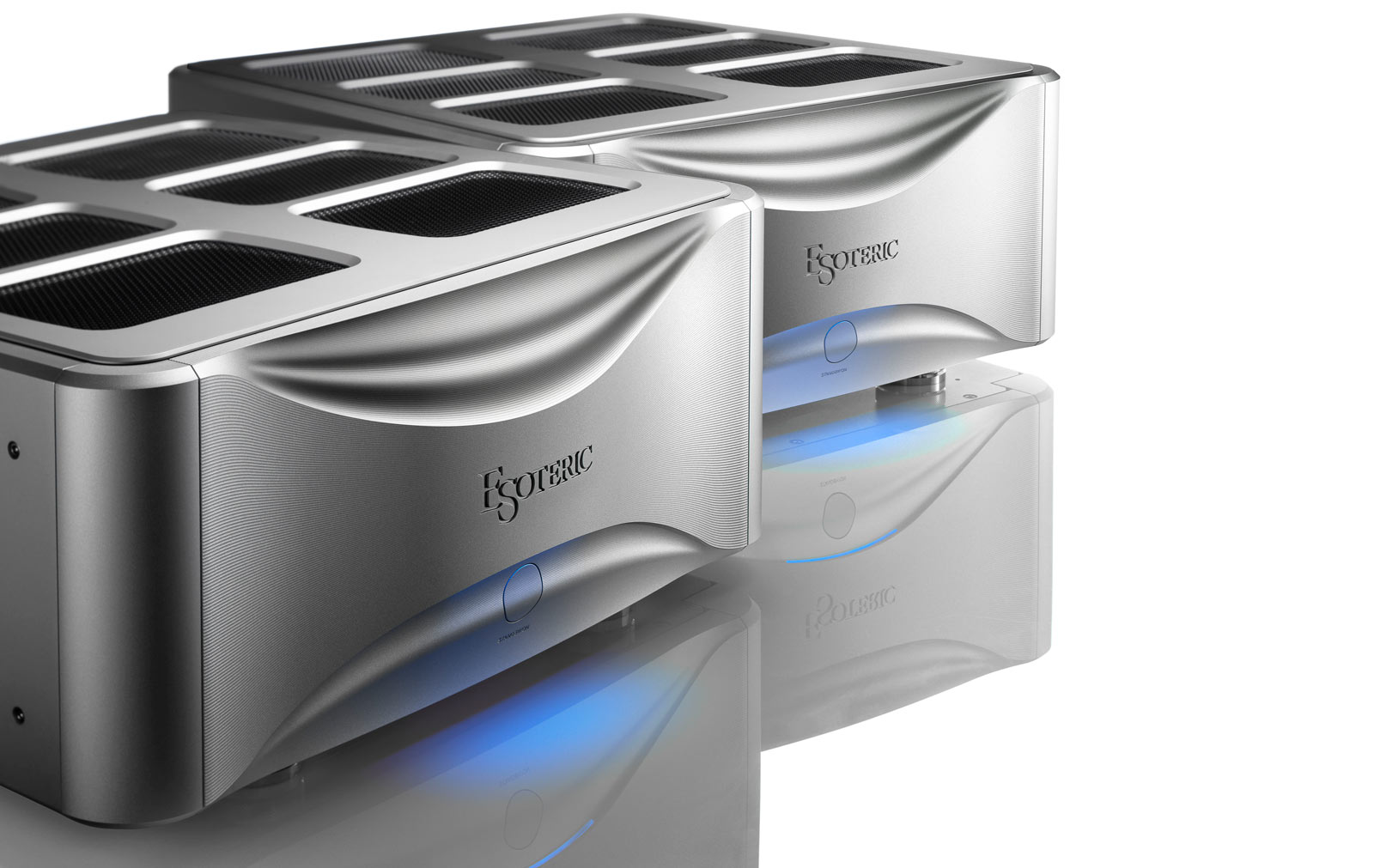 Esoteric, as a high-end brand, has been at the forefront of audio innovation. Along with the Grandioso C1X linestage preamp, Esoteric challenges the limits of fidelity in preamp to amplifier signal transmission. Esoteric’s unique current transmission system “ES-Link Analog” is the ideal method for preamp to amplifier transmission where the signal level is extremely low. Compared to the conventional voltage transmission, it transmits approximately 100 times more current, making it less susceptible to noise and sending the full energy of the music to the amplifier.
Also, in principle, it is not affected by the impedance of of the interconnects running between the preamp and amplifier, so it is possible to maintain a perfect integrity between the output signal of the preamp and the input signal to the amplifier.

The all-new drive stage has been expanded in size by 150%, from 6 to 12 parallels, while boasting an astonishing power linearity from 300W/8Ω to 2,400W/1Ω*. It delivers sufficient current in a perfect correspondence with the change of load level, effectively meaning you won’t need to concern yourself over what speakers you can use. Now, you can enjoy the true sound of the original master, even on music with a wide dynamic range.
*Only for music signals. 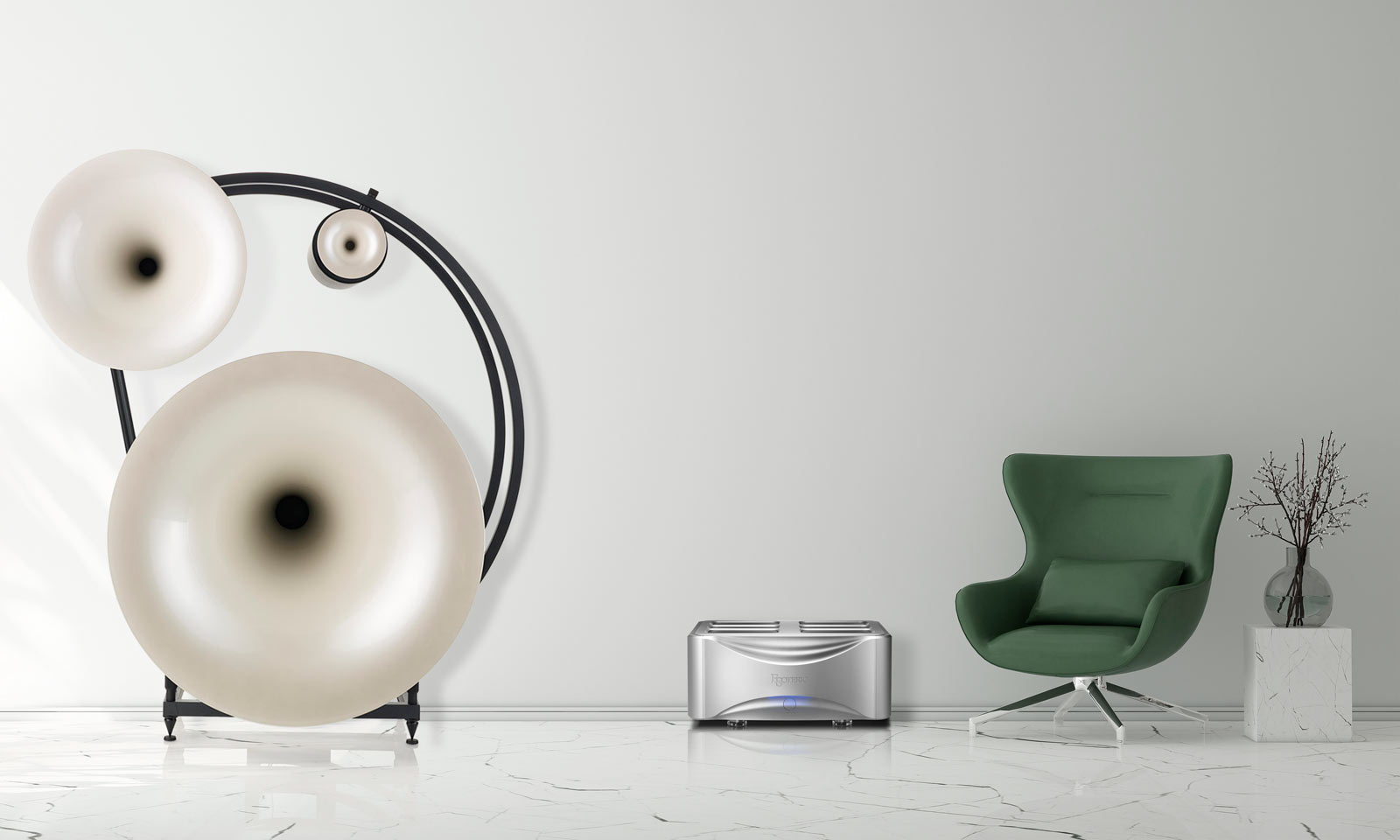 Everything about the M1X is done on an extraordinary scale. The M1X’s incredible power is supported by Esoteric’s largest-ever power supply, which occupies the space of approximately 60% of the unit’s internal components. The 3,000VA/19kg main power transformer has been further refined in terms of rectification capability by implementing heavier winding gauge. In addition, high-capacity Esoteric custom capacitors with a total capacity of 60,000μF have been adopted to refine the amplifier’s signature high-quality tone. 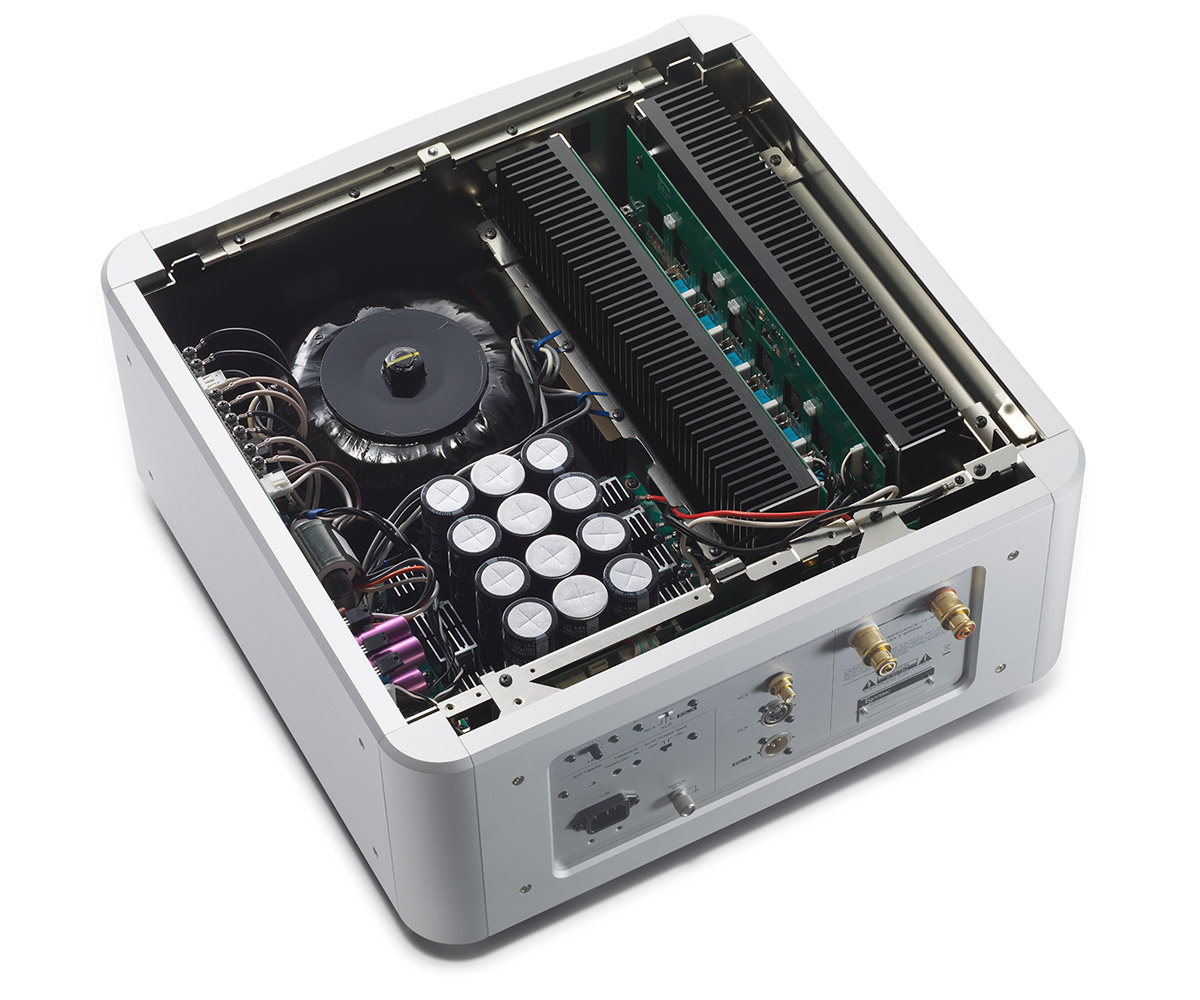 Even at the climax of a full orchestra, the M1X will draw forward even the most nuanced detail from every instrument with its key feature high resolution capability. Incorporating a dedicated power supply unit for the pre-drive stage (voltage amplification stage) that handles extremely low-level signals from the preamp, the M1X eliminates the influence of the drive stage with its large current fluctuations and improves resolution.

Considering its massive appearance, you may be interested to learn that the circuitry of the M1X is surprisingly simple. The crystal-clean sonic signature of the M1X is composed of a product of advanced engineering known as, “Aesthetics of subtraction”. 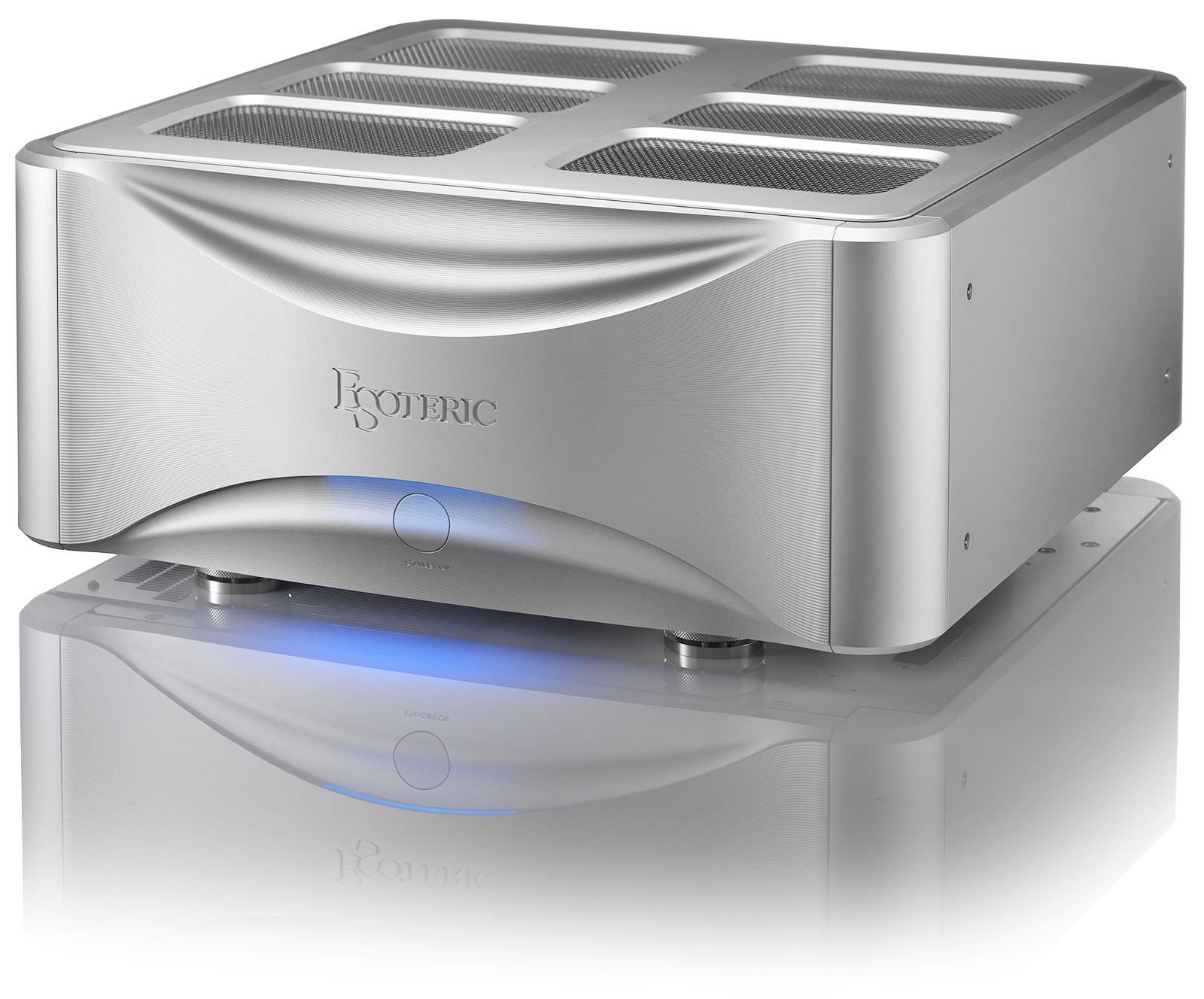 For example, all 24 transistors on the drive stage are controlled to be the same temperature for total balance and stability, and the phase compensation circuit employs a simple single-pole configuration, which also allows the final stage to be coil-less. With its minimalist circuitry philosophy, it maintains the harmonics (overtones) that are most important to music, but are often easily lost, and draws them out with rich expression.

Into the Deep End

While the M1X’s circuitry is minimalist, the components are among the largest. Its extra thick copper clad printed circuit boards, the huge bus bars used in the drive stage, and the ultra-heavy gauge cables with secure, lossless bolt on connector system, are reminiscent of a huge aircraft engine. By reducing the internal impedance and by gripping even a large diameter woofer with authority, its driving force reaches the limit of the low frequency range with ease.

The M1X not only delivers the dynamism of high power, but also renders the gradation between climax and silence with amazing subtlety. A newly designed balanced input stage amplifier that is independently settled on each input, receives the signal and transmits it to the amplification stage in a balanced configuration to ensure noiselessness. Carefully selected components such as IDM-01 (Integrated Discrete-Amplifier Module) originally developed for the C1X preamp, and FET switches used in input selector, further enhances the micro detail of the music. 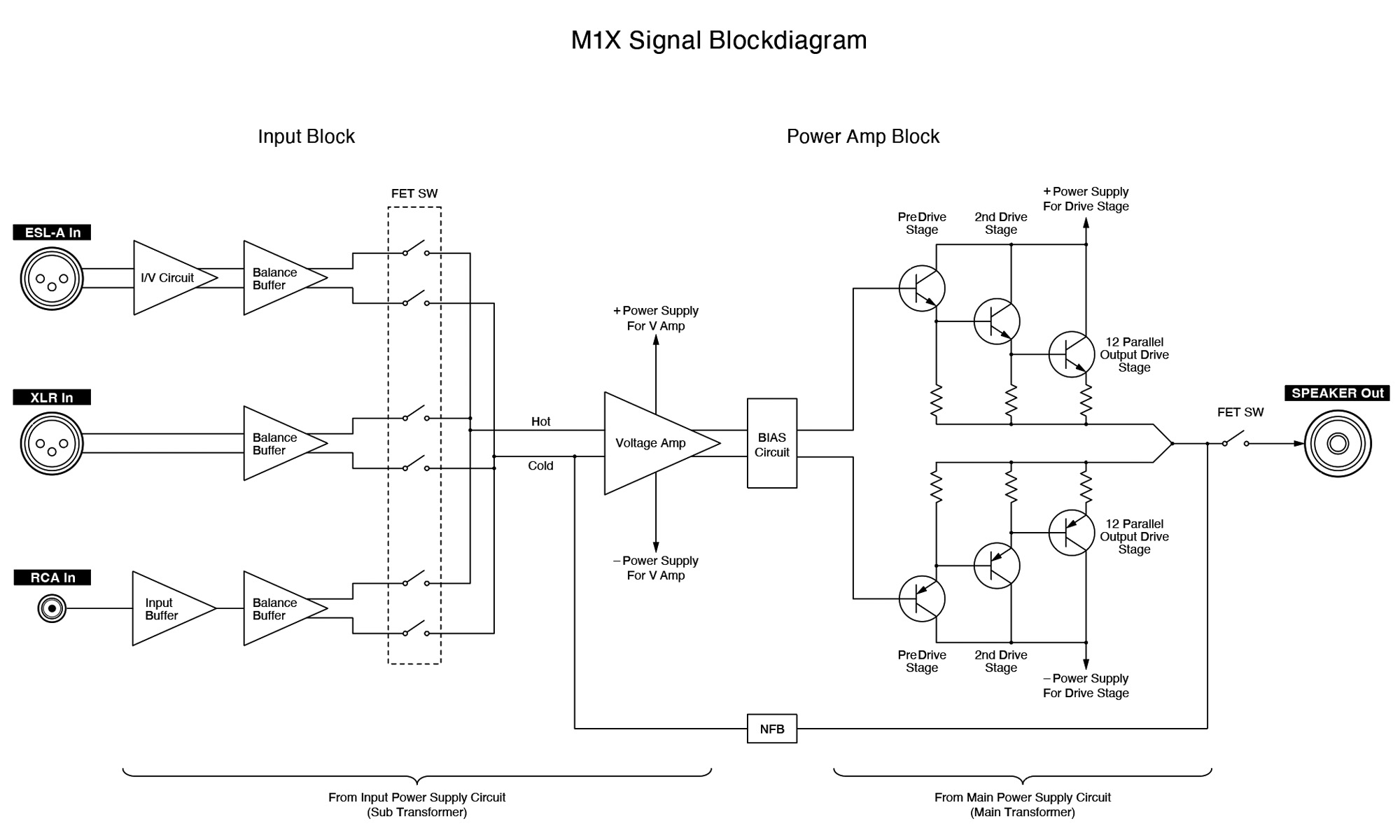 The M1X’s chassis optimally controls any vibrations that may affect the sound quality to achieve the absolute design goal of “Master Sound Reproduction”. Like a Formula One race car, its sleek and clean appearance with mechanical engineering that pushes the limits of the balance between rigidity and flexibility, is a testament to its high level of perfection. 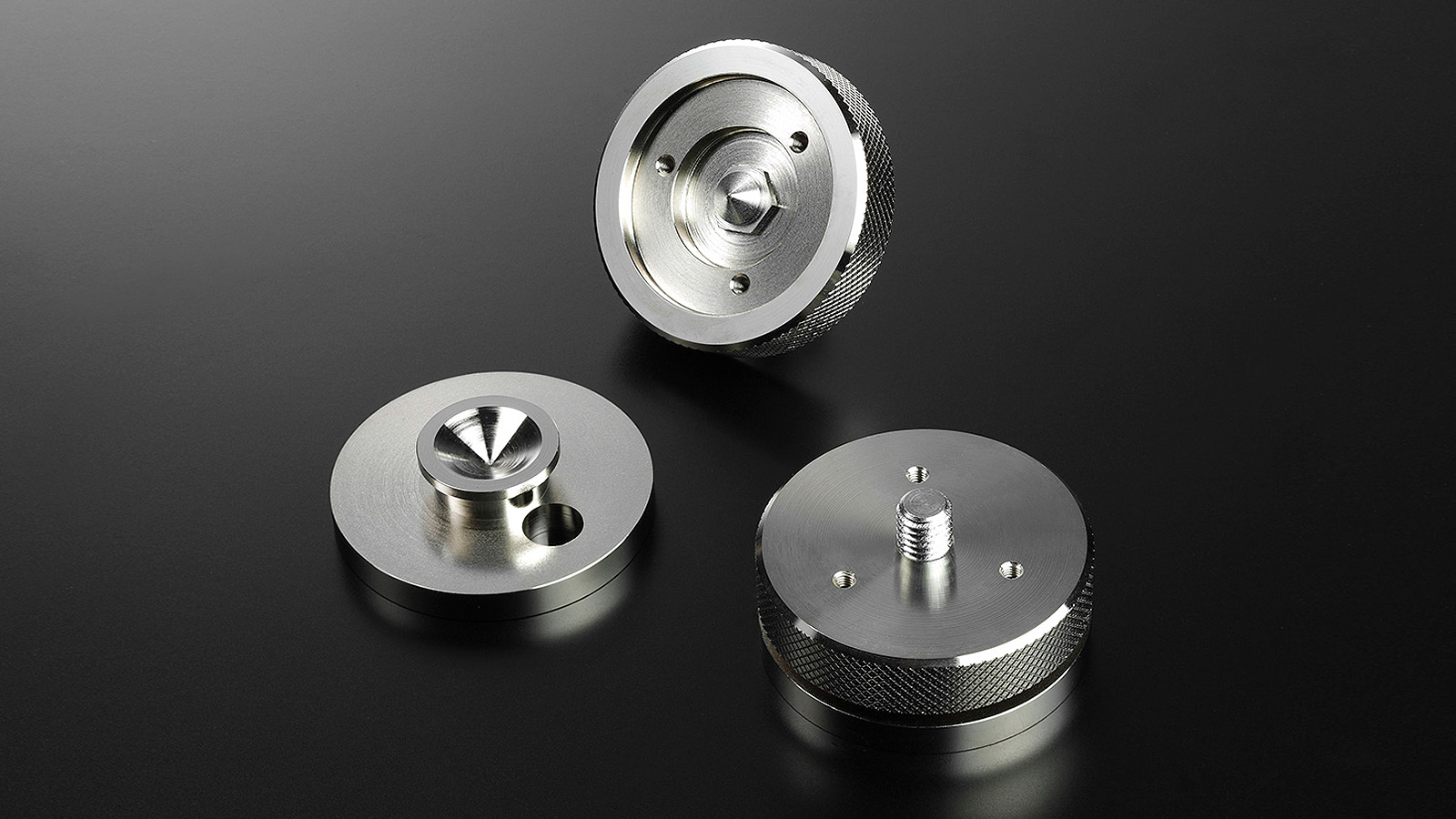 To ensure resonance-free operation, the M1X employs the extensive use of aluminum blocks on the body enclosures. For example, the front panel is machined from a 35mm-thick aluminum block, while the top panel, on the other hand, which needs to be free of vibration for an open sound, has a semi-floating structure, and the isolated feet have their own special structure that reduces mechanical stress and enhances sound quality.